University of Tennessee psychology professors are contributing to a discipline-wide conversation about the role of psychologists in society and public life. Associate Professor Patrick Grzanka recently co-edited a special issue of American Psychologist, the widely respected flagship journal of the American Psychological Association (APA). This issue was published in November 2021 and focuses on the concept of public psychology, which aims to use psychology to solve pressing issues.  Both Grzanka and his UT colleague Joe Miles, associate professor of psychology, published manuscripts in this special issue. 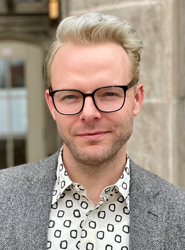 “We think that rethinking the role of psychologists in society is imperative in light of a number of major issues that have affected our field,” said Grzanka. “We wanted to create a space for psychologists to ask smart and critical questions about what our responsibilities are and could be in a rapidly changing world.”

The concept of public psychology is an open question for psychologists to explore. Readers of this issue will find that ethics is at the forefront of the articles presented. The special issue calls on psychologists to consider what their roles are in relation to social issues. Grzanka and Miles give examples such as racial injustice, institutionalized sexism, and “the inequities laid bare by the COVID-19 pandemic.”) They discuss how psychological research and practice can be used to create a more just world and alleviate human suffering. In this special issue, Grzanka and his colleagues explain that it is now more important than ever for psychologists to serve the public. As the times change and controversies arise, there are more opportunities for transformative work in psychology.

“Working in the Department of Psychology at UT and specifically our counseling psychology program, the first in the country to be accredited by the APA with a ‘scientist-practitioner-advocate’ training model, has meant working in a context that encourages—rather than inhibits—public and community engagement. Many of the ideas that Dr. Joe Miles and I contributed to this issue come directly from our work in this program and in Knoxville,” explained Grzanka.

Grzanka and Miles, also an associate professor of psychology at the University of Tennessee, Knoxville, have been able to see the power of this work to make an impact by listening to those voices are often marginalized or silenced, including people of color, sexual and gender minority people, and rural youth. Grzanka has seen first-hand how powerful using science to benefit the public can be to the community.

“We are very fortunate to have departmental, college, and university leadership that supports us in these endeavors,” said Grzanka. 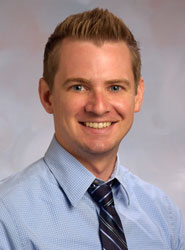 Notably, Miles’s contribution to the special issue highlights the University of Tennessee’s groundbreaking scientist-practitioner-advocate training model and considers how this model could be used across all of psychology—not just counseling.

“My co-author, who initially proposed the model, and I think that advocacy training can and should be a central element of all psychological training, because all psychologists should be accountable for how their work can better society,” said Miles.